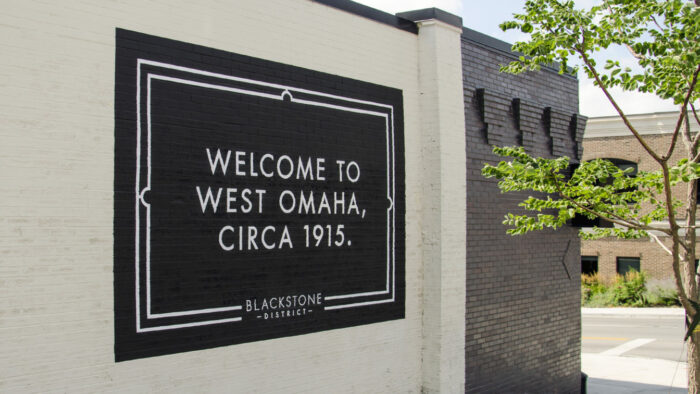 Eleven years ago, the week we moved into our new home here in Omaha, Midtown Crossing also opened.  One reason I came to First Central was it seemed possible that this congregation was located in a neighborhood with great potential.  I guessed right.  In the ensuing decade, UNMC has undergone massive building projects, the population of the area has exploded, and the Blackstone District on Farnam is one of the hippest places in town.  I like to think we’ve participated in the revitalization of this part of the city.

Of course. it comes with headaches, such as the parking lot across the street now being a pay lot.  But as we anticipate the future of this congregation coming out of the pandemic and think ahead to finally moving forward with the capital campaign we suspended in March 2020, it’s worth realizing how exciting our neighborhood is and will continue to be.

At a recent Blackstone Neighborhood Association meeting to discuss the new streetscape for Farnam (you can read about the plan in the newspaper here), we were told that since 2014 the Blackstone Business District has seen thirty new businesses launched and a total investment in the area of $250 million.

That meeting, the first one in person since the pandemic began, drew 72 attendees and was held in the ballroom of the beautifully remodeled Cottonwood Hotel (formerly the Blackstone Hotel).  If you haven’t been in the hotel since it reopened, you should.  It is already a vital neighborhood hub, with people constantly coming and going to the restaurants, bars, events, and even the swimming pool which is open for public use (for a fee).

Or have you been to The Switch food hall that opened last autumn two blocks from us?  It’s also become a vital neighborhood hub.

At another recent neighborhood association meeting, this one to discuss the nine-story mixed-use structure that will soon be built two blocks west of us (read about that here), a neighbor asked, “Surely we have enough apartments already, why do we need to build more?”  The answer was that at the time there were 6,000 people looking for housing in Omaha and only 600 homes on the market.  Plus, 10,000 new people are expected to move into the city in the next couple of years.  And, further, the planned UNMC development west of Saddle Creek (read about it here),  is expected to employ 40,000 people—30,000 construction jobs and 10,000 permanent jobs.

Also, in the coming year there will be changes made to the flow of traffic and parking on Harney Street.  Further east of us, the city has already altered Harney to improve pedestrian traffic and bicycling.

In other words—our neighborhood is going to continue to boom with people, investment, and activities.  We want to participate in that boom and benefit from it.  We want to make sure that our physical facilities keep up—that they are appealing and welcoming and serve the community’s needs.  We want our programs, events, and outreach activities to engage our neighbors and contribute to their well-being.  We want to continue to be a thriving neighborhood hub ourselves, with art, music, and theatre.  And, of course, we want to be a place where people’s spiritual and emotional needs are met, they connect with others in service to God, and they engage and grow their minds.

The prospects for First Central may be even more exciting than they were in 2010 when I accepted this call.  Let’s get started with the work God has in store for us.