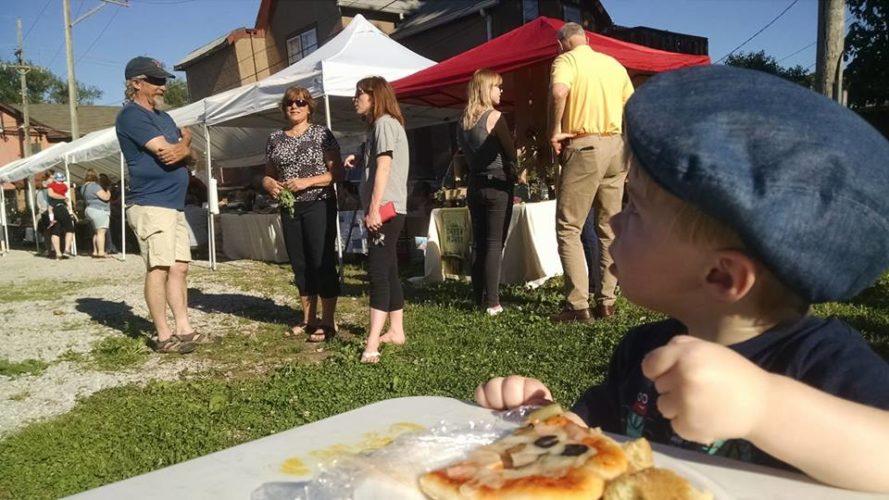 May 25-26, I attended the Neighborhoods USA annual conference, which was hosted this year in Omaha.  I attended at the encouragement of the Long Range Planning Task Force, which had identified our relationship with the neighborhood as a key concern, and church member Janet Bonet, who was involved in planning for the conference.

The keynote address was “Placemaking: Creating the Heart of the Community” and was given by Fred Kent, founder and president of Project for Public Spaces.  Cities need to create destinations and within those neighborhoods at least ten places for people to hang out and do things (multi-use public spaces).  He said to think of streets as a series of places for pedestrians.  Buildings should learn to “bring the inside outside.”

We already bring the inside out through our patio, labyrinth, and community garden.  But can we do more?  Surely.  There has been talk of a Little Library and outdoor food pantry, a bike rack, benches along the street, improved landscaping and signage.  What else could we do to expand on our corner being a place that neighbors stop for rest or to do something?  How do the things people see and interact with say something about our identity and mission as a church?  Once you start asking these questions, the ideas proliferate.

I attended a couple of breakout sessions on greening projects and left thinking of landscaping as a way to express our values, not just create pretty beds (though we need to do that too).

In another session the Gifford Park Neighborhood Market was discussed as “the living room of the neighborhood.”  This event, Friday evenings in the summer, has been going on for ten year, but I don’t remember ever hearing about it before, which surprised me as someone who lives not far away.

So, that evening I walked there with Sebastian and our puppy Nash.  Neighbors were selling produce, crafts, art, and food they’d prepared.  A couple of teenage girls were selling cupcakes as a fundraiser. There were picnic tables where people were eating as musicians performed.  Kids were running around playing.  Dogs were sniffing each other.  The atmosphere was wonderful.

I purchased our dinner from a Muslim woman in a burqa.  I said, “A salaam alaikum” and “Ramadan Mubarak” and she expressed her gratitude that I had greeted her with these words.

At our next Council meeting we’ll be pondering these and other ideas I brought from the conference on how we might be good neighbors.