The second column in my series on what I read in 2019.  Here’s the first one on books about history. 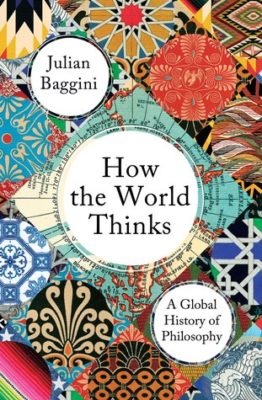 A good place to begin this year was Julian Baggini’s How the World Thinks: A Global History of Philosophy, a fascinating exploration in comparative philosophy.  The world contains a number of different traditions and in each one there are different values, emphases, and ideas–you can’t simply pick and choose.  But with globalization bringing the various cultures into closer communication, in the future global philosophy will be a cross-cultural conversation with roots in all of the various traditions.

For the last few years I’ve been re-reading in the Western philosophical canon I was educated in, re-reading some works I read a quarter century ago, or finally getting around to others I had never read before.  This year I arrived at the modern age and so Thomas Hobbes’ Leviathan, Blaise Pascal’s Pensees, Margaret Cavendish’s Grounds of Natural Philosophy, Baruch Spinoza’s Ethics, John Locke’s Second Treatise on Government, and Gottfried Leibniz’s Discourse on Metaphysics and Monadology occupied my time.  In this age of political upheaval and when questions of truth and knowledge are also paramount, I found it good to read foundational texts who speak outside the urgency of our immediate context but still addressing some of our issues.

I balance the classic texts with newer works in philosophy.  Kwame Anthony Appiah’s The Lies That Bind: Rethinking Identity, is a good and helpful summary of the way identities work, and thereby a useful contribution to many current social debates. 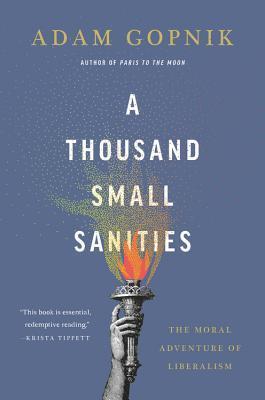 In Philosophy and Social Hope Richard Rorty advocated that the only tool we have for approaching a more egalitarian society is to engage in incremental problem-solving and institution-building.  And it’s a fragile tool.  When he published this book in the nineties, he didn’t have much hope that America would stay on that path.

Similarly, in A Thousand Small Sanities Adam Gopnik offers a robust defense of the liberal worldview as the great human moral adventure. He writes, “Whenever we look at how the big problems got solved, it was rarely a big idea that solved them. It was the intercession of a thousand small sanities. A thousand small sanities are usually wiser than one big idea.”

Martha Nussbaum, in The Monarchy of Fear, views fear as a threat to democracy and rightly perceives our current time to be a fearful one. Fear can become worse when it feeds anger, disgust, and envy. What democracy requires is hope, the opposite of fear, and the faith and love that hope feeds.  Her more recent book, The Cosmopolitan Tradition, identifies a strain of Western philosophy, beginning with the Greek Cynic Diogenes, that advocates for world citizenship and treating all people equally and with respect.  Cicero, Hugo Grotius, and Adam Smith are the great heroes in this volume.

Iris Murdoch’s The Sovereignty of Good contains an essay I first read in the nineties and consider one of the best things ever written in moral philosophy. I have returned to it often, including it in sermons and teaching it in Ethics class.   I finally read the whole volume.  Murdoch is insightful, witty, and (of course) a beautiful writer. One feels better after reading her work.  A good corollary to that was Sophie Grace Chappell’s Knowing What to Do which draws on Murdoch (and Plato) to advocate cultivation of the moral imagination through contemplation.  I was lucky to hear her talk at Creighton a couple of years ago and finally read her book. 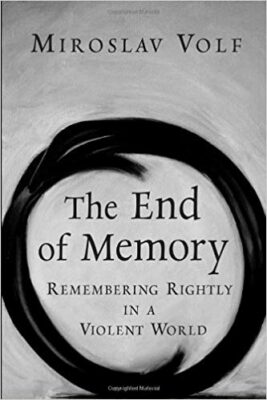 One of the most fascinating books I read this year was The Wrong of Rudeness: Learning Modern Civility from Ancient Chinese Philosophy
by Amy Olberding, the subject of November’s Theology Brunch discussion.  She argues for the moral and political importance of civility, politeness, and etiquette as essential for justice and the good life.  One wishes that more people will read the book, so that it might work upon the public consciousness.

I’m upset that I didn’t read Howard Thurman’s Jesus and the Disinherited twenty or thirty years ago.  It is clearly an essential text.  Essential for its sophisticated understanding of how marginalized people respond to their situations. Essential for the way it clearly influenced King and others. Essential for helping to understand America.

Miroslav Volf’s The End of Memory: Remembering Rightly in a Violent World is a profound theological exploration of remembering and forgetting as Volf grapples with his own time as a political prisoner and his interrogation.  A deeply personal book that draws from the rich wells of the Christian tradition, literature, and philosophy, and is filled with hope and healing for a broken world. 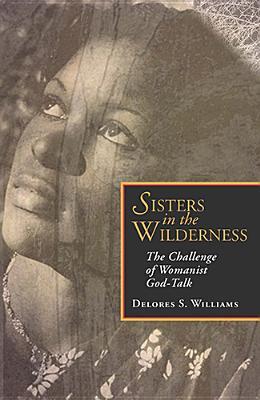 Elizabeth A. Johnson’s Quest for the Living God: Mapping Frontiers in the Theology of God could serve as an excellent introduction to the major trends in theology the last eighty years, but it is also richer than that.  She is a captivating writer of theological prose who brings together into conversation various strands of thought about God.

Finally, early in the year I read the classic work Sisters in the Wilderness: The Challenge of Womanist God-Talk by Delores S. Williams.  I was drawn to her concluding remarks on the survival strategies of black women: an art of cunning, an art of encounter, an art of care, and an art of connecting. I would like further constructive theology on these, which I think would be helpful for pastoral care and preaching. A key point is that simply enduring is itself “an act of defiance, a revolutionary act.”

A year of rich engagement with great ideas!