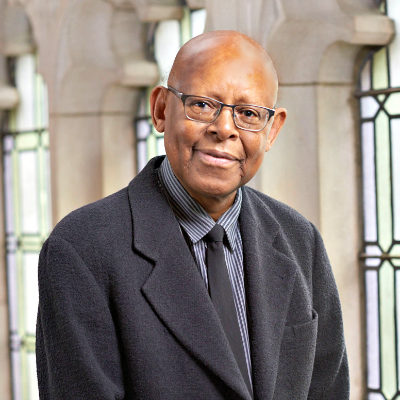 It’s now been a few weeks since the death of James Cone, the great American theologian.  Last week I watched the livestream of his funeral from Riverside Church in New York.  It was supposed to last 90 minutes but almost 120 minutes in the preacher was finally beginning his sermon.  The eulogies delivered by prominent American religious and intellectual figures had occupied the first two hours.

Because I did my graduate work in philosophy and not theology, my reading of the theological canon is largely an exercise I’ve engaged in as a working minister.  So I read James Cone’s masterwork God of the Oppressed when I was a young youth minister.  The profound work of Black Liberation Theology deeply resonated with me and has deeply influenced me.

The image from the book that I most often remember is his description of the worship in the church he grew up in, Macedonia AME in Bearden, Arkansas.  During the ravages of Jim Crow, the black congregation came to worship to experience relief, comfort, dignity, and empowerment.  But primarily because they believed that Jesus was going to meet them there.  Cone described the church soloist Ora Wallace singing “O God Our Help in Ages Past,” and how that hymn and others gave the people the strength and courage to “make it through their troubled situation.”  This story made vivid the profound theological statements of the book—God’s solidarity with the oppressed, the Blackness of Jesus Christ, the centrality of liberation to the Christian gospel.

I did not know when I read the book that I would within short order come out as a gay man and begin to pastor a predominately LGBT congregation in the midst of the rabid anti-gay politics and religion of my home state of Oklahoma.  A situation that would compel me to become a public advocate and activist, a liberation theologian, and a worship leader who tried to create something similar to what Cone described for my congregation in the midst of their “troubled situation.”

His marvelous and searing 2011 book The Cross and the Lynching Tree has also helped to shape my ever-evolving understanding of the crucifixion.  In the introduction he wrote, “Until we can see the cross and the lynching tree together, until we can identify Christ with the ‘recrucified’ black body hanging from a lynching tree, there can be no genuine understanding of Christian identity in America, and no deliverance from the brutal legacy of slavery and white supremacy.”

One of the imperatives of the last few years has been the need to proclaim the gospel so that we might defeat the rising wave of white supremacy in our culture.  It is probably the most important task of any preacher in this decade.

And, so, as I prayed a few weeks ago in worship:

As he is welcomed into your peace, may his spirit ever live, in power and glory.  Amen.