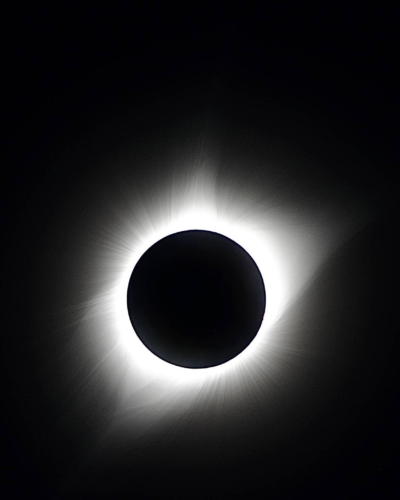 On Monday, August 21 many of our congregants experienced the Great American eclipse. Some stayed in Omaha and enjoyed the partial eclipse, while many others traveled throughout the region to enjoy totality.  Here are some photos, comments, and reflections. 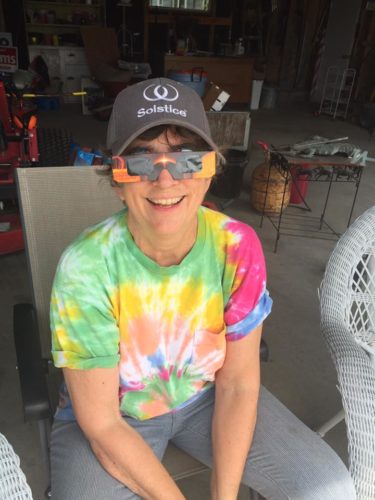 An excerpt from a longer poem by Bud Cassiday, who watched from Beatrice.

Through my telescope,
the image was forty times larger
than through the naked eye, and with
an orange tint, due to the filter.
I watched the moon encroach
the sun’s disk, covering,
one by one, several sun spots.
Clouds came and went
obscuring and then revealing
the event sequence,
and the clouds parted like the Red Sea
just before the
totality occurred and it was a
spectacular sight, that bright ring
around that black void
where the sun used to be. 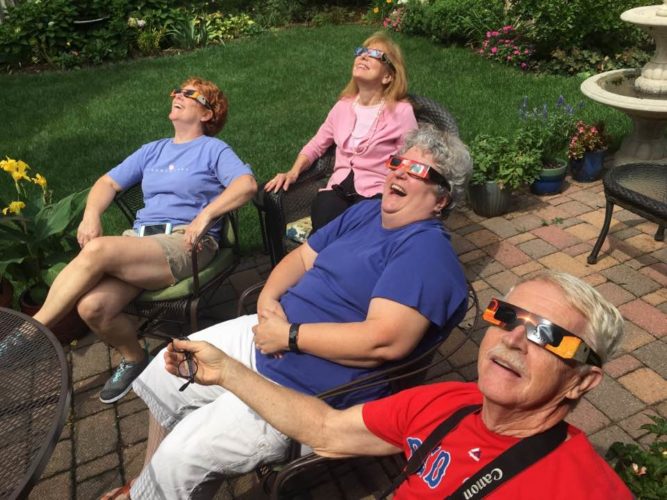 The Monbouquettes & friends in their backyard.

“And then it was total and the small crowd gathered on the village green exclaimed in wonder and our son looked up and pointed and squealed and said ‘The moon.'” Senior Minister Scott Jones blogged about his family’s experience in Dannebrog, Nebraska here.

“We were at the wild life refuge near Mound City, MO. What a glorious place to see this natural happening,” wrote Jim Harmon. 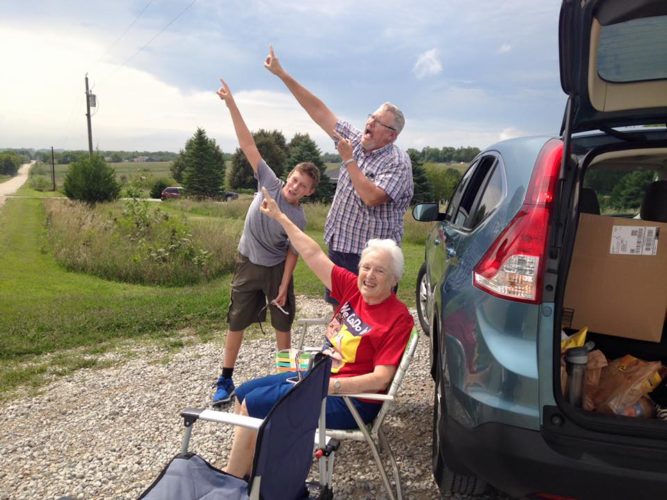 Deb Kirwan wrote, “Pulled over on a country road and set out our folding chairs to watch. Not a single soul was around, and it seemed perfect–just the 4 of us with this magical thing happening. The clouds held off until several minutes after totality, so we got to experience everything. It was amazing!”

A 13 hour day (10 driving) for two minutes of totally awesome totality. An astonishingly wonderful lightening show between Omaha and Lincoln.

Doug and I (plus the two dogs – Lola and Leo) were totally alone on a Gandy, NE (population 32) road when the moon obliterated the sun and day became night. I wished upon the first star that appeared and tears came unbidden – just so incredibly beautiful. 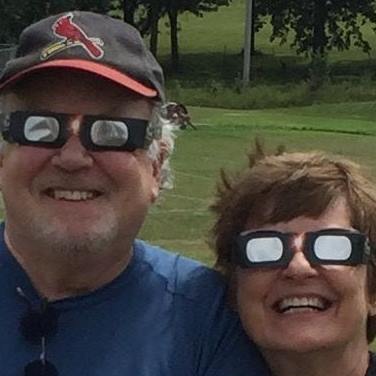 The Kiels in Auburn, Nebraska.

“The field behind the Auburn hospital was almost empty by 2:00, but what memories we will have of this once in a lifetime experience!” posted Gary & Shelly Kiel.

Scott Sumpter: “My viewing party is myself on the deck. Can’t beat that!” 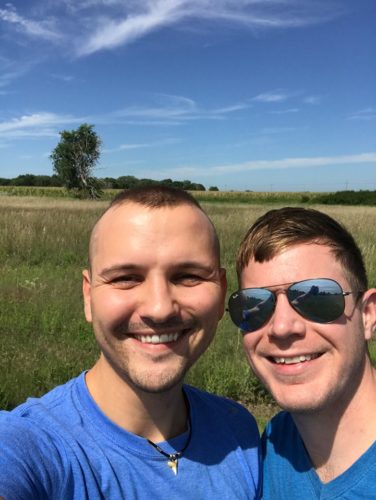 Pam Finley from Council Bluffs, “Feels like a lovely summers eve at 1 pm. Just heard a rooster crowing. He is a bit discombobulated.”

Katie Miller, outside Glendo, Wyoming: “Can totally tell why the ancient folk thought something big was going down when it happened.” 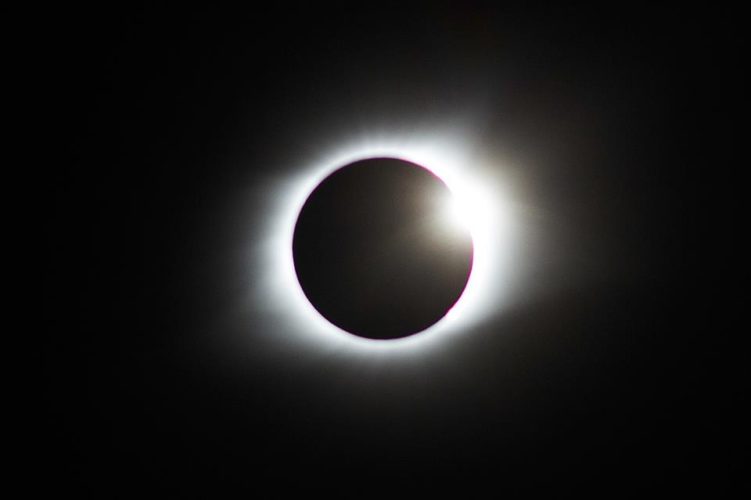