Everyone in our congregation follows a unique spiritual journey. We open ourselves to conversation with one another, so that we can learn from different perspectives. We believe everyone has a story to share.

That tradition has kept us inclusive, inquisitive, progressive, and dynamic throughout our over 160 years.

Even though we are the oldest, continuously worshipping Protestant church in Omaha, but we have never stopped evolving. Our founding pioneer spirit has never left us. Here are some highlights of our stories.

Our founding pastor, Reuben Gaylord, braved wolves and the bitter winter of 1855 to bring his family to Omaha to establish the First Congregational Church in the territorial capitol on May 4, 1856 with nine members. Our early congregants were among the pioneers who helped to establish this city and state.

In 1879 Chief Standing Bear of the Ponca Tribe, successfully argued in federal court, that Native Americans are persons under the laws of the United States. He famously stated, “[My] hand is not the color of yours, but if I prick it, the blood will flow, and I shall feel pain. The blood is of the same color as yours. God made me, and I am a man.”  First Central was one of the local churches who funded Standing Bear’s defense. Pastor Alvin F. Sherrill was the Treasurer of the defense fund and led fundraising efforts.

A group of German immigrants came to Omaha in 1895 and established St. John’s Evangelical Church. During the First World War, they suffered discrimination and persecution because of anti-German sentiment. In 1935 they joined with a different group of German immigrants of the First Reformed Church. Together they ministered in South Omaha until 1971 when they merged with First Central, bringing faithful and loyal members. One prominent one was Vera Williams, who was active in opposition to the death penalty from her elementary years until her death at 97. 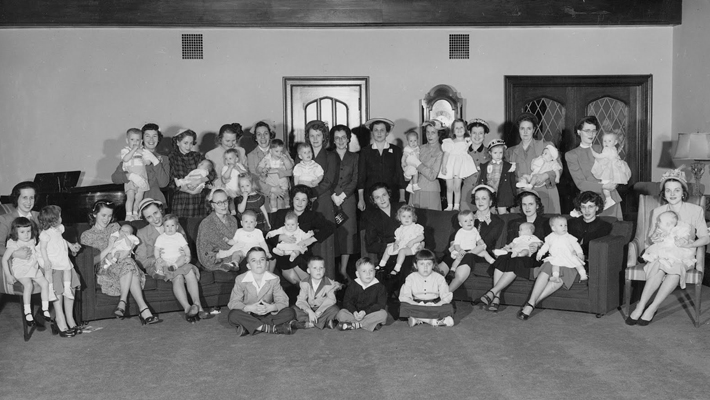 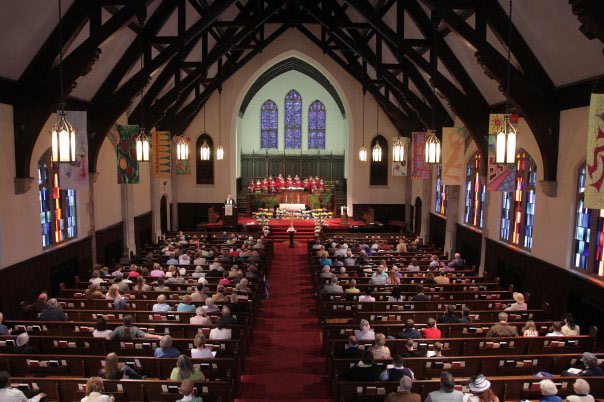 Another, Lina McGilton believed that women should have the right to vote. Besides being an active member of First Central and President of our Women’s Fellowship, she was an advocate for women’s suffrage. This despite the opposition of her husband, who was actually Nebraska’s Lieutenant Governor. Mrs. McGilton was present in August 1919 when Nebraska’s governor signed the bill by which the state ratified the 19th amendment to the U. S. Constitution guaranteeing women the right to vote.

In 1925 we commissioned Dr. Walter Judd as a medical missionary to China. Dr. Judd experienced many adventures, including 44 bouts of malaria, being kidnapped and almost killed, surviving a bandit raid on his city, and enduring the Japanese invasion. Yet, he proclaimed that “All people around the world are essentially the same…We all stand or fall together…The way of love works.” Dr. Judd later represented Minnesota in the U. S. House of Representatives.

The cultural controversies and changing urban demographics of the 1960’s and 1970’s came to First Central. The Rev. Mert Rymph guided the church through this transformational time, believing strongly that the church should be involved in service to the community. He preached that spiritual renewal was possible with “faith, imagination, hope, determination, love and reconciliation.”

As women’s leadership roles in the church increased, First Central adopted gender inclusive worship. Unable to find children’s curriculum that expressed our progressive, inclusive values, we designed our own children’s program. In 2004 the church voted to be Open and Affirming, officially welcoming lesbian, gay, bisexual, and transgender persons fully into the life and leadership of the church. In the last decade we have strived to be Accessible to All, making the commitment to be inclusive of people with disabilities, and WISE (Welcoming, Inclusive, Supportive, and Engaged) for Mental Health.

We are always evolving and exploring big questions. We continue to live out that pioneer spirit, as expressed in our church covenant:

We are thankful for life, for Jesus our Lord, for the courage and vision of our church founders. In gratitude, we covenant with God and with one another, seeking as a church and as individuals to be faithful to God’s will. We pray for hearts that open, minds that understand, and lives that serve.