Network of Mutuality
Lost and Found 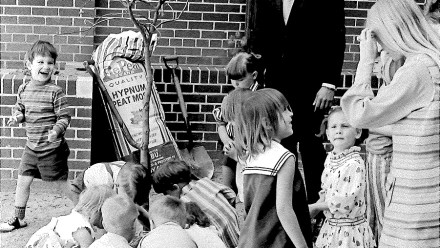 Let us remember Jesus’ audience.  It was primarily peasants.  Peasants living under an oppressive empire.  In an economy of limited resources, where everyone had to struggle to get enough to survive.  Where the rich grew richer, often through exploitation.  And the common person fell deeper into debt, leading to poverty and servitude.  With next to no opportunities to right the wrongs one experienced.  Next to no chance to be heard.  Next to no chance to change all of this, especially in the short time one was likely to live.

And, so, this peasant audience would love a story about some rich dudes getting fleeced.  Particularly doing it to each other.  It is a delight not unfamiliar to us after Enron, WorldCom, Lehman Brothers, etc.

Jesus’ story calls attention to the reality that these elites are growing richer by hiking up prices, burdening others with debt, and doctoring the books.  They even get rich through bribes and graft.  It is a corrupt system.  A destructive system.

Jesus’ audience knows this already.  What they don’t expect, what we don’t expect is the ending.  And two millennia’s worth of scholars still can’t quite figure out what to do with this ending.

Brandon Scott says that this ending deconstructs the “metaphorical structure” of the story, because the evil rich dude isn’t playing to stereotype.  The power of his story is not exposing the system they are already familiar with.  The power of his story is that it makes a tiny crack in the system.  What if the landowner acted in an unexpected way?

Instead of a world where everyone is struggling over limited resources, what if there was sharing and cooperation?  What if that even included reaching out to our enemies?

Jesus’ audience could have walked home that evening thinking these very thoughts.  Then, when they got home, what if they were a little kinder to someone who had wronged them the day before?  What if next week they offered to help someone they had struggled with in the past?  What if slowly, a small group of them began to cooperate more and share more?  What effect might this have?

It might just challenge the kingdoms of this world because these people would begin, even if in a limited way, to live according to a different kind of kingdom.  One not based on struggle and greed, but one based on kindness and sharing.

And what started out simply as imagination had the potential to become an experience of healing.  Jesus’ audience wasn’t going to overthrow the Roman Empire or radically alter the global economy, but they could choose to create a space in which together they did live according to different values.

All of Jesus’ parables are about the kingdom of God, about an alternative way of living in relationship with one another.  Jesus uses the word “kingdom” in order to make fun of it and subvert it, because what he envisions is nothing like a kingdom.

The parables are filled with a bunch of disturbing characters and disturbing images, because this is reality.  The parables are set in the real world.  Not in a fantasy world.  And our everyday world is venial, tragic, and unclean.  It is greedy and we must make compromises and we often fail.  But despite all of that, there are still these moments in the midst of the ordinary when we encounter the presence of God.  It is often where we least expect it.  Sometimes in the downright awkward.  But God’s grace manifests itself, and we are overcome.  The miracle, God’s grace, might be “muted or hidden,” but it is still there.  Present even in greedy managers and evil rich dudes.

Jesus’ audience had a whole lot more to complain about than we do, but even they recognized these surprising gifts of God.

So, Jesus invites us to use our imaginations, but not to get lost in fantasy.  This is the real world.  Given all that troubles us about it, what can we do?

The prophets proclaimed a vision of a new world where love, justice, and peace reigned and everyone shared in abundance.  While that vision animates us, it can sometimes depress us, because our reality is still so far away from what we dream.  Watching the news every evening or reading the paper with our breakfast, we can grow pessimistic and cynical; we can lose hope.

But, I remind us, that our circumstances are far better, as least materially and politically, than those who first heard Jesus’ stories and used them to change world.  Vaclav Havel, the great leader of the Czech people, wrote that “[Hope] is not the conviction that something will turn out well, but the certainty that something makes sense, regardless of how it turns out.”  The parables are meant to give us that sort of hope.

The writer and activist Alice Walker once used a phrase to describe her mother, a phrase that can help us to understand what we are to do.  Alice Walker wrote that her mother “made a way out of no way.”  As a twentieth-century African-American woman who had few opportunities open to her, she made a way for herself and those she cared about.

The contemporary theologian Monica Coleman borrowed that idea and wrote an entire book of theology with that as the governing theme and title “Making a Way Out of No Way.”  Despite all the circumstances and limitations of reality, we can band together with other people and work for our salvation.  She writes, “Salvation is found in the process of building a community of diverse, disenfranchised people with a common yearning for a better life.”

Over the last few months I’ve been slowly making my way through the book The Life and Labors of Reuben Gaylord.  Reuben Gaylord was the founder of the First Congregational Church of Omaha.  He and his family came here as pioneers in 1855.  The book was put together by his wife Mary after his death.  It is filled with his letters, reports, and sermon excerpts.

This week, I came across an interesting episode, from Rev. Gaylord’s final years in Iowa where he had served as a missionary, church planter, and pastor of the church in Danville.  For sixteen years, his work, his salary, had been supported financially by the Home Missionary Society.  In May, 1854, he wrote to the society, on behalf of his church, refusing to take any more mission funds.  The reason?  They were taking a stand for justice and what was right.

I will state clearly a point in regard to which the members of this church are troubled.  It is not that the Society has not spoken against slavery, or failed to condemn it as a heinous sin, but they feel that in granting aid to churches, the condition ought to be, that slaveholding should be a disciplinable offense, or in other words, a bar to membership in those churches. . . .  In view of this state of feeling, it was decided to be our duty to ask no further aid of your Society.  Such was the decision at our annual business meeting.  The question excited a great degree of interest, and I had serious fears lest it might cause division and thus paralyze our efforts, but such was not the case.  And now having cut loose from the great fountain of Christian charity, from which we have obtained help so long, we decided to raise the $400 among ourselves, if possible.  By the blessing of God upon their united effort, they have succeeded and the subscription is made up.

What risk!  This small band of people on the frontier were struggling to make ends meet in support of their own families.  They faced fears that drought, storm, flood, prairie fire, illness, or injury could wipe out everything for which they worked.  Surely any money given in support of the local congregation was a great sacrifice for most of the people.

Yet, they chose, as a congregation to reject this outside support because of their view of what was just and what was right compelled them to.  They knew the challenge presented by this decision.  The church took an existential risk when they made this decision.  As a community, they would have to work harder together.

Could one tiny frontier congregation bring down the evil of slavery?  Could they change the entire national economy or the political situation in Washington?  Of course not, but they could come together as this small group and imagine something different.  They could share more with each other, creating an alternative way of life that would witness for a new way of living.  They would be like the mustard seed or the leaven.  They would make a way out of no way.

Resolved, That in the disbursement of funds committed to their trust, the Committee will not grant aid to churches containing slave-holding members.

We are heirs to a surprising legacy.  One in which Jesus invites us to imagine something different, and then act on it.  Be a little kinder.  Share more.  Help each other, even those who annoy you.  Create small communities who live differently, and, thereby, begin to change the world.

As heirs to this legacy, let us make a way, out of no way, together.  That God’s kingdom might come on earth, as it is in heaven.