Our Discipleship
Our Mission 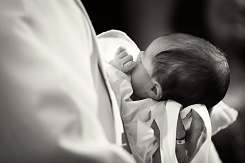 One of the things I enjoy about pastoring this church, is its rich history.  Fortunately, generations did a great job of archiving what they were doing and telling stories, so that you can learn about the past.  I particularly like reading about the pastors who proceeded me, most of them gifted leaders with vision and innovative thinking.

Harold Janes was the pastor here from 1946-1958, in that post-World War II boom era for Mainline Christian churches.  One of our history books describes his pastorate as “outstanding” and said, “It can hardly be questioned that during his ministry the church has never been busier.  A great number of new organizations, projects and religious services have been inaugurated by him.  It would be impossible to name all of them.”  It then proceeds to list a bunch, at the conclusion of which the annual Jordan Festival.

What’s that you ask?

Then we are told, “This last originated in 1949 as a means of celebrating the baptism of Jesus, one of the most important and yet neglected events of the founder of the Christian Church.  As a result of this annual observance, First Central Church has become known as the Church of the Jordan Festival.”

Now, see, this is the sort of tantalizing tidbit that sends me pouring through archives to learn more.

The first place I learned more was in the booklet for the Capital Campaign that was launched in 1953 called “Program of Progress.”  Joan Eddy gave me the book a few years ago when I approached her wanting to know more about Harold Janes and his pastorate.  You might be interested in some of the things that were included in that capital campaign:  Air conditioning, new choir robes, the antiphonal organ, remodeling the chancel of the sanctuary, supporting medical missionaries in Angola, supporting the camping program.  Then there are a few others that never happened:  completing the bell tower, ensuring there were adequate parking lots of the future, adding counselors to the church staff, establishing a senior care residential home, building a cloister to run along the north side of the sanctuary connecting what we call the South Patio Entrance with the Narthex, and then building a 125 seat chapel off of the northwest side of the narthex running along 36th Street where the patio currently is.  Janes and the church leadership had ambitious, visionary goals.

Now, I said this document told me more about the Jordan Festival.  That’s because fully funding it was the first item in the capital campaign.  What had started as an annual worship service was supposed to grow to include weekend conferences, lecture series by visiting theologians, commissioning new choral and dramatic works, and producing those for the community.

Finally, they were going to install a quote “beautiful wood-carving of the baptism of Jesus” at the back of the chancel there where the table and cross now are to “be a source of constant inspiration to those who come within the sanctuary.”

Before this week, I knew all of that, but this week I pulled out seven years of church bulletins from the 40’s and 50’s and scanned through them to learn more about this Jordan Festival.  The February 10, 1952 bulletin announces that year the expansion of the festival.  It had begun in 1949 with three weeks of preaching culminating in a big worship service which gained national attention interestingly enough.  Then in the following years, Martin Bush, who was this church’s  organist and music director from 1906-1955 (Stephen, to beat that you’ll have to be here till at list 2048) . . . anyway Martin Bush composed a choral anthem for the festival entitled “In Those Days Came John the Baptist.”  He composed the work because he realized there was a dearth of music about Jesus’ baptism.  By the way, I went looking in the music library, and sure enough, that piece is still there in our collection.  I couldn’t find another Martin Bush original piece “The Ballad of Judas Iscariot,” however.  I was really interested in seeing that one.

Anyway, this festival was growing every year, and in 1952 they added an original one-act play to the many-week program. The play was entitled “He Came Seeing” by Mary P. Hamlin.  Included in the choir performing that night was one Contralto Miss Joan Eddy and the part of Hilkiah, a Jewish aristocrat, was played by William Wiseman, Tracy and Wendy’s dad.

Why all this for the Baptism of Jesus?  It appears that Harold Janes wanted this holiday to become as big as Christmas and Easter.  He must have been nuts.  I can’t imagine any sane clergy person wanting a third holiday as involved as the other two.  And even more nuts for putting it in between them!

But he had his reasons, in that 1952 newsletter announcement, we read,

The inception of the festival was based on the idea that the baptism of Jesus was one of the most transforming, yet much neglected, events in His life.  Its celebration, we thought, would remind us of the source of individual religious power, of the true basis of our democracy, and the nature of the church.

I really wish I could locate one of Harold Janes’s sermons about this so I could get more details, especially how he connects baptism to democracy.

Last summer our Worship Ministry read an essay by UCC theologian Walter Brueggemann entitled “Back to Basics,” and in the fourth section that essay, Brueggemann wrote that one of the ways our worship and preaching should get back to basics is “articulating and processing the profound either/or of our baptisms.”  As we discussed this section of the essay, the Worship Ministry was persuaded, we needed to spend some time exploring the implications of our baptism for our understanding of our identity and our ethics.  And that’s why this Epiphany Season we are doing that during this series we have called “Children of God.”  What does it mean to be God’s children, marked in a special way, committed to following Jesus?

For Walter Brueggemann our baptism is a commitment to one way of life in direction opposition to another.  The way of life we are rejecting is the dominant culture’s value system.  In the time of Jesus this was the Roman Empire and its “predatory political economy” which specialized in “the desires of the flesh.”  Brueggemann writes that these values “consisted in mean-spirited self-promotion and uncaring self-induldgence.”  He adds, “The empire functioned to generate appetites that could be satisfied only by anti-neighborly action . . . that put the satiation of the self at the center of reality.”

What, then, is the alternative way-of-life that we commit ourselves to in our baptism?  “Covenantal neighborliness” is what he calls it.  Particularly as that is directed toward “the poor, the immigrant, and the enemy.”  And this neighborliness finds expression in the fruits of the spirit—love, joy, peace, patience, kindness, generosity, faithfulness, gentleness, and self-control.”  All of these virtues are alternatives to the dominant value system.

In today’s story from the Gospel of Luke, Jesus angers his hometown crowd by reminding them that God does not show favorites, but includes within God’s care and God’s family, those outsiders and aliens, even the enemies of the people, like the Syrian general Naaman.

The hometown crowd apparently didn’t like hearing the truth about God, so they wanted to throw Jesus off of a cliff and kill him.  A rather violent reaction.

This story is a reminder that living as a child of God is not easy, that living the truth can generate opposition, particularly opposition in defense of the dominant value system which attempts to divide and exclude people rather than build an ever growing neighborhood of kindness and compassion.

My predecessor, Harold Janes, was onto something then.  We do need to be reminded of what we are committing ourselves to in our baptism.  We need to be reminded because the dominant value systems are so powerful.  But we are more powerful.  We have the Creator of the Universe on our side, filling with us the Holy Spirit.

And maybe there’s something to this connection between democracy and our baptism.  I don’t know what connection Harold Janes made, but here’s the connection I will make.  Our democratic society can only thrive and endure when we live together in covenant as neighbors, expressing kindness, generosity, and faithfulness to one another.  So, if the reality of our baptism reminds us to live a more spiritual life, then maybe it will also help us to be better citizens.