The Attitudes of “BE” 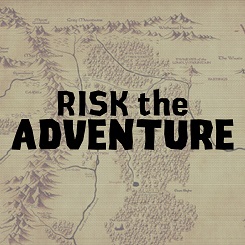 It seems small.  But I think it’s a common reaction for us annoyingly idealist creative types, to any appearance of the potential of entropy- we engage in vigorous and relentless creation of new things to stand in its way.   And so I painted and engaged in the self-care of art therapy…. and as I painted, one eye on my work and the other on twitter and the sheer insanity unfolding in airports around the country, I threw the sermon I had planned out and thought about the lectionary scripture again and the concept of ethics.

My seminary ethics class was taught by the illustrious Rev. Dr. Joanne Terrell.  She begins the semester with a simple concept on which the entire class is based, a concept that frustrates most of her students in equal measure because of its ambiguity when it comes to ethics.  That concept is this:  it’s extremely easy to base your entire ethical code around what you are against.  We do it all the time, define ourselves by what we hate or will not support, for one reason or another.  But it is actually way more difficult and ultimately way more powerful to define yourself and your ethics on what you will always be for.  Without the negative column.  What you will always show up for.  Whose side you will always stand on, when everything else fails.  And when you decide what you will always be for, everything else shifts into clarity.  Like your own human mission statement that you can point to in moments of confusion and dilemma.

The story is pretty cinematic.  This is how the sermon on the mount starts.  Jesus has just been tempted in the desert for 40 days, he’s called his followers to him, and he’s running around healing people and talking to them, and he looks around him, and suddenly discovers he’s got all these people following him, right.

And maybe they’ve watched friends get taken away for minor infractions, seen family members beaten in the street, had to move from place to place to avoid death or persecution or whatever.

And Jesus realizes he should probably say something to all these people, so he decides to take them all up the side of a mountain.  And … this is my favorite part… he sits down with them. rather than stand over these people, like some sort of … I don’t know, preacher I guess… 😉

And he begins to teach them.  No filler, no niceties, no “Hi I’m Jesus, I’m a Scorpio,” nothing.

Blessed are the poor in spirit,

for theirs is the kingdom of heaven.

Blessed are those who mourn,

Blessed are the meek,

Blessed are the merciful,

the pure in heart,

the peacemakers,
and.. wait for it… Blessed are you
Simple words.  No frills.  No adornments.  No blessed are not’s – no one is labeled as being un-blessed…  But in saying these words, and in sitting down and residing among these people to say these words, Jesus not only made his own ethics pretty clear, but he sufficiently turned everything they knew for sure or had been told to be true about the world, entirely upside down.

If you hear Jesus referred to as a revolutionary and you wonder why… this is why.  The world told these folks they didn’t matter.  That their worthiness and value was tied up in their social status and their bank accounts, and that ambition was more important than mercy, that being right was more important than enacting peace… and in one fell swoop, Jesus took all those labels and assumptions that had defined them for so long and vanished them into thin air.  Declared these people, not only valuable but blessed…  for no other reason than their own beautiful, messy human experiences.

See abolishing labels and borders and walls that are built up in between people and God.. that was the thing that Jesus was really good at.  That was the whole point, what he echoed time and time again, in this and other moments of clarity.  All those moments  kind of sound the same:  Love God with all your heart, mind, and soul, and Love your neighbor as yourself.  Let he who is without sin cast the first stone.  For I was naked and you gave me clothes, hungry and you gave me food, etc.  These messages that transcend division and political affiliation and side of the tracks.  Messages that connect us through our sheer humanness, mutuality of experience, fostering connection with each other and, in doing so, with God.

This past week, a bunch of us gathered together to plan the Lenten Series for this year.  Spoiler alert:  It’s all about covenant, the things that tie us together, the morals and ethics that give our faith and our humanity shape, and the mutuality involved in covenant – I agree to this and you agree to this and both sides are equally necessary for it to work.  And as I sat with this idea of covenant and mulled over the attitudes of BE, it occurred to me that while the grand enactment of Christian covenant is the Easter story, this text, is where it all begins.  With Jesus sitting down among people declared “less than” and saying, hey, if you are less than, then so am I.  If you are excluded, then so am I.  If you are on the wrong side of the fence, then so am I.  Casting his lots in with the kind of people that society had cast out.  Inviting us… requiring us, as people of that covenant… to do the same.  If we are to fulfill our side of things.

And I wish I could stand up here in front of you today and pleasantly and politely reassure you that that is easy if only you just hold onto this clarity.  I could, but the dark circles under my eyes would probably give me away.  It’s exhausting.  I’m not great at it myself, and I’m exhausted.  And I’m angry.  It doesn’t happen that often, but I’m there.  I’m angry that my Muslim friends and LGBTQ friends and immigrant friends and women friends and Native American friends have to look over their shoulder all the time.   I’m angry.

And I’m tired of trying to convince people of something that, to me, is so obvious, in the Gospel and in life:  that regardless of where we happen to lie on the political spectrum, regardless of our religion or our immigration status or our sexual orientation or our race or our gender, our joined humanity is nothing if not sacred.  That just because an existence or experience is not familiar doesn’t mean that it’s not valid.  That the things that seek to divide us and finitely define us are nothing more than a carefully crafted illusion, because we’re all just people.  Because we are all of us children of God and therefore, by definition, worthy.  And I’m really tired.
I wish I could stand up here in front of you and say that I was certain that there is an end to this general exhaustion in sight, and that everything will be sunshine and daisies and we will all be friends again in no time.  I could.. but I think I’d be lying.

Because the narratives of division and complacency are tales as old as time itself, woven into the fabric of our society, and they’re not just going to disappear.

It’s gonna take radical love of self – because if we don’t take care of ourself, we can’t take care of others – and love of other thrown out in as many directions as possible and pride swallowing and standing for and sitting with and vulnerability and listening and let’s be real, not a single one of those things are a walk in the park.

But I can tell you that together, we are up to it.  It is to this work and this moment that we’re called.  It’s for moments like these, for those of us who proclaim Christ savior, that the Beatitudes are necessary, these moments of ambiguity and confusion and fear and division that require this kind of ethical clarity.   And I can tell you that I think… I think….  the moments of clutching and living into even the smallest seemingly meaningless moments of welcome and love and embracing and conversation and commonality, those are the places for us start.

You know, the whole ripple in the pond thing.