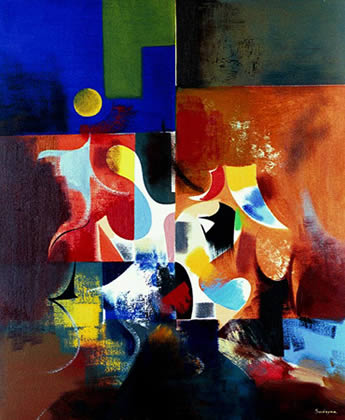 Paul uses many metaphors to discuss salvation– redemption, reconciliation, adoption, atonement, rescue, justification, propitiation, even salvation itself, which is a medical term in the original Greek.  These words often had concrete everyday meanings when Paul used them and before they became abstract theological concepts over the last two millennia.

Much theological energy has been focused on the doctrine of justification, wherein the righteousness (justice, faithfulness) of God is imputed to humankind.

For example, it was central in the debates of the Protestant Reformation, wherein the focus was on personal guilt being atoned by the death of Christ.  For example, here is Martin Luther in his Commentary on Romans:

God from eternity has ordained and set forth Christ as the propitiation for our sins, but that only for those who believe in Him. . . He first had to make amends for us through the shedding of His blood.  And all this God did “to declare His righteousness,” that is, to make it known that all men are sinners and in need of His righteousness. . . God forgives our sins through Christ’s propitiation and so justifieth us by faith.

This doctrine has been central to the spirituality of many people.  For example, John Wesley, the founder of Methodism, wrote the following about his conversion experience on May 24, 1738:

In the evening I went very unwillingly to a society in Aldersgate Street, where one was reading Luther’s Preface to the Epistle to the Romans.  About a quarter before nine, while he was describing the change which God works in the heart through faith in Christ, I felt my heart strangely warmed.  I felt I did trust in Christ, Christ alone for salvation, and an assurance was given me that he had taken away my sins, even mine, and saved me from the law of sin and death.

Yet, this view which many still think is the biblical view did not develop fully until 1000 years into Christian history and always had its detractors, such as the Medieval theologian Peter Abelard who raised questions  that recent scholars have raised as well, such as “If redemption from God’s own punishment is the model, why did God set the price of redemption to be the death of an innocent son?  How could accepting this outrageous arrangement bring our redemption or righteousness?” (in Mark Reasoner’s Romans in Full Circle: A History of Interpretation, 2005).  In fact Abelard thought that

love is the driving force of the justification God effects, so that his love is displayed to us or reaches out to us, bringing us into debt to love God, who did not spare the Son for us. . . divine love spreads through us as God in Christ unites with our nature (Reasoner).

Needless to say, there is a new perspective on this aspect of Paul’s teaching as well.  As one reviewer in The Christian Century wrote, “Paul’s gospel is not about a narcissistic preoccupation with individual salvation” (22 April 2008).

What then is it about?

According to Anglican Bishop N. T. Wright, “we see the meaning of ‘justified’, not as a statement about how someone becomes a Christian, but as a statement about who belongs to the people of God, and how you can tell that in the present (Paul in Fresh Perspective, 2005).  Jouette M. Bassler agrees and argues that justification must be understood within the context of God’s covenant with creation made through the Jewish people.  The issue, then, is not how to be saved, but how God is including everyone else in the covenant.  Justification, then, is really about the formation of the pluralistic people of God.

One of the earliest commentators on Romans was the third century church father Origen of Alexandria.  Origen held that a benevolent God would work with free humans to secure the salvation of all.  Origen held that ultimately all creation was to be reconciled to God, even Satan and the demons.  Other scholars like Augustine, Aquinas, and Luther have contended that the second “all” in the quote does not mean “all humanity” like the first use of “all,” but simply all those who are spiritually reborn (whether predestined or out of free choice, they disagree).

In the twentieth century Karl Barth wrote, “In the light of this act of obedience there is no man who is not – in Christ.  All are renewed and clothed with righteousness, all are become a new subject, and are therefore set at liberty and placed under the affirmation of God.”  Barth qualifies by claiming that the ultimate salvation of all remains only a hope, not a certainty (Reasoner).

Richard Bell points out that the “’much more’ in 5:15b would not make sense if the grace that comes through Christ’s obedience has fewer people as its object than the sin that comes about through Adam’s disobedience” (Reasoner).