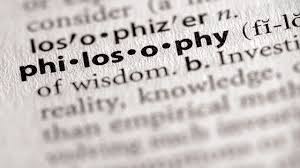 Back in March the Italian philosopher, Giorgio Agamben criticized the approach to the virus then taking hold.  He wrote,

The first thing that the wave of panic that has paralyzed the country obviously shows is that our society no longer believes in anything but bare life. It is obvious that Italians are disposed to sacrifice practically everything — the normal conditions of life, social relationships, work, even friendships, affections, and religious and political convictions — to the danger of getting sick. Bare life — and the danger of losing it — is not something that unites people, but blinds and separates them.

His was one of the first philosophical writings on the pandemic, but since then philosophers have been very busy commenting on the metaphysical, epistemological, and ethical implications of this crisis.  Some have also been involved practically—for example a group of philosophical ethicists in Sweden helped to devise that nation’s triage criteria for ventilators.

Let me draw attention to three of the ethical writings I’ve found provocative and worthy of consideration as we all do our best to think well and wisely during this crisis.

First is an article from May by Dalia Nassar, Senior Lecturer in Philosophy at the University of Sydney, that developed Agamben’s ideas and responded to some of his many critics.  Nassar points out that

the COVID-19 shutdown infringes on every aspect of our selves: not only our biological lives, but also our psychological or emotional lives, our social and political lives, our intellectual lives, and so on. That the shutdown affects every aspect of our lives should mean that every aspect of our lives should be taken into consideration when decisions about restrictions or easing restrictions are being made. It means, in other words, that ethicists, psychologists, sociologists, political scientists, economists, philosophers and theologians should be part of the decision-making process concerning the right response to the crisis.

I agree with Nassar that trying to reduce the human person to biological health is wrong and that the full richness of the human person and human life must be weighed when we are making individual and communal decisions during this crisis.  She goes on to encourage democratic processes of decision-making:

The ideal response to a crisis must be capacious, context sensitive and democratic. It must take account of the complexity and many-sidedness of life and of the concrete lives of all living beings. It must consider differences across regions and cultures. Only in this way can we develop an adequate response to the . . . crisis: one that aims not to neglect, leave out, or put in harm’s way any of the beings that share this planet.

In June I read “Surging Solidarity: Reorienting Ethics for Pandemics” by Jordan Pascoe & Mitch Stripling, in which they argued that our ethical frameworks must be revised in response to the pandemic.  They offered their alternative:

We develop a pandemic ethics framework rooted in uBuntu and care ethics that makes visible the underlying multidimensional structural inequities of the pandemic, attending to the problems of resource scarcity and inequities in mortality while insisting on a response that surges existing and emergent forms of solidarity.

I thought their paper provided the most robust, interesting ethical analysis I’ve read.  They emphasized relational approaches rooted in the South African concept of Ubuntu and feminist care ethics.  I liked this claim, “Our framework understands disasters as producing networks of interlinked people who need care and are giving it; the ethics we propose will help to surge and sustain that entire network, not force us to break it apart and choose between the pieces.”

They too were advocating a more holistic approach to the human person, not settling for reductionist accounts.  And by doing so were able to explain in one theory the importance of public health measures while also criticizing how they violate core aspects of our humanity:

The tragedy of our dangerously overwhelmed health care system is not only that there are not enough ventilators to go around. It is also that people must suffer alone, must die alone, must give birth alone; it is that our system is so broken that even a basic right to human company must be surrendered (Goldstein and Weiser 2020). Many of us fear not just getting sick, not just dying, but dying alone. Many who are grieving are grieving because they could not be present for a person essential to them, for birth or for death or for suffering. We are grieving not just the inevitable moral failures that will come from lack of resources, but from the lack of humanness, of being human with and through one another. These, too, are moral failures.

Yes.  That people were not able to be with their sick and dying loved ones was one of the most cruel and inhumane aspects of this year.  Which should compel us to imagine and develop different approaches in the future so that such inhumane burdens can be prevented.

A final essay from July with the very academic title “Virus interruptus: An Arendtian exploration of political world‐building in pandemic times” by Rita A. Gardner and Katy Fulfer develops from the philosophy of the ever-more-essential Hannah Arendt.  In their abstract they describe their project:

We explore the ways in which we can engage in political world‐building during pandemic times through the work of Hannah Arendt. Following Arendt’s notion of the world as the space for human togetherness, we ask: how can we respond to COVID‐19’s interruptions to the familiarity of daily life and our relationship to public space? By extending relational accounts of public health and organizational ethics, we critique a narrow view of solidarity that focuses on individual compliance with public health directives. Instead, we argue that solidarity involves addressing structural inequities, both within public health and our wider community. Finally, we suggest possibilities for political world‐building by considering how new forms of human togetherness might emerge as we forge a collective ‘new normal’.

Their discussion focuses on togetherness as essential for responding to a crisis and yet the paradox of our traditional modes of togetherness being impossible.  They are critical of judging those who are non-compliant with public health measures, arguing that individual compliance is not the true crisis of solidarity revealed this year, but rather the larger systemic inequities.  Our frustration and anger should be directed at those concerns.  One reason they resist too much judgment of individual behavior is that the only way out of this crisis is to develop greater trust in one another:

Indeed, it seems as if many societies are at a serious juncture where we have the potential for making new choices about how we want to live together. The COVID‐19 crisis has also shown us that we too have a choice in that we can live our lives in fear and isolation, or we can start to trust one another again as we move back to our public spaces. Establishing trust will be important in helping people learn to adapt to the new normal in organizational spaces and other public places.

They conclude that the virus creates an opportunity to rethink human social and political relationships and to address the inequities and lack of trust we’ve seen: “An Arendtian politics is concerned with how we share the world in such a way that it becomes a place of belonging, not just for a few, but for humanity.”

These essays all share a robust vision of the human person which leads to an emphasis on relationships of solidarity, care, and trust and the opportunity to create new and better institutions and systems.

This crisis does compel us into deep, visionary, and careful thinking as we use our best judgment to make wise and good decisions for ourselves, our families, our institutions, and our society.  We don’t want “bare life;” we want to belong to a flourishing humanity.