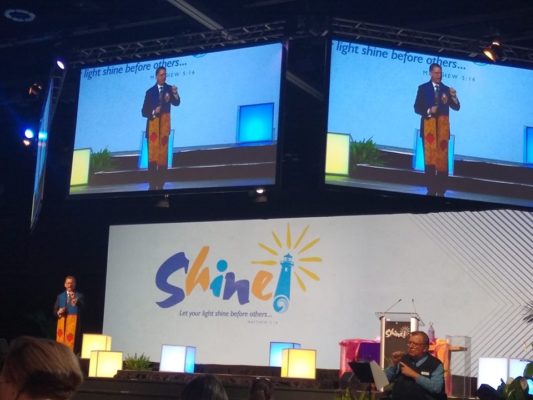 In June I attended my fifth General Synod of the United Church of Christ.  We went as a family, since I was a delegate, and Michael is a member of the national Board of Directors.  My Mom attended for part of it to assist with childcare.  Even Nash our puppy went to Milwaukee, though he stayed with Andy and Janet Acker during synod and joined us for vacation time before and after.

One of the most interesting components of synod is the work of committees on the various resolutions.  I often find this a fun theological exercise, as the assembled strangers work diligently to find the best language to embrace the usually varied concerns of those in the room.

This year I served on a committee working on a resolution calling for the abolition of private prisons.  The overall topic wasn’t controversial for the assembled committee members, so all we did was fine tune and expand what the Chicago Association had originally written.  One of our educational materials was a chart showing how prominent private prisons are in each state; what a joy that Nebraska had a big ZERO.

Synod resolutions can sometimes seem silly—was anyone waiting with bated breath to know the UCC’s position on Styrofoam cups (we are now against them)?  But they work best when they speak to the church and church people, helping us to discern the implications of our faith in our contemporary context.

To that end, much energy was occupied with topics that have been prominent at many recent synods, such as immigration and climate change, while we also addressed the rise of white supremacy and a growing culture of violence.  We also celebrated some successes arising from past positions, such as our support for farm workers and recent changes various fast food companies have made to improve their pay and working conditions. 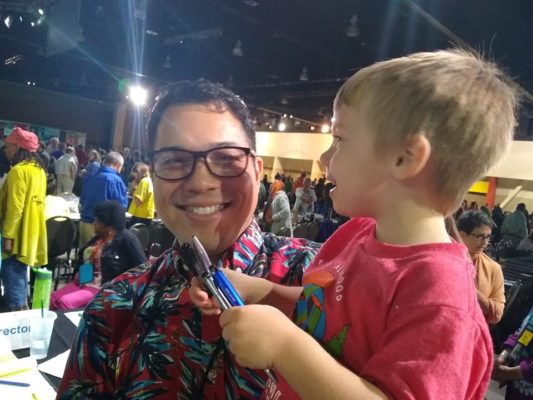 This time the big developments and conversations at synod were more internal.  Three resolutions were focused on clarifying the relationship between the local church and associations, including one calling for exploration of a means of ending fellowship with a congregation that isn’t fulfilling its covenant to the wider church.

We elected a new Associate General Minister for Global Outreach, the Rev. Karen Georgia Thompson, who has led our ecumenical and interfaith work for several years.  She will be an asset as one of the officers of the church.  We also reelected John Dorhauer to a second term as General Minister and President, though there was controversy around this.  Some objected to a straight white man once again occupying the post, while others raised issues with his administration of the national office.

But the biggest internal conversation surrounded Resolution 8, which in its original draft would have barred the Faithful and Welcoming Churches from having a booth in the exhibit hall.  Faithful and Welcoming represent evangelical, conservative, orthodox, and traditional churches in the UCC.  This group formed in opposition to the denomination’s embrace of marriage equality for same-sex couples. 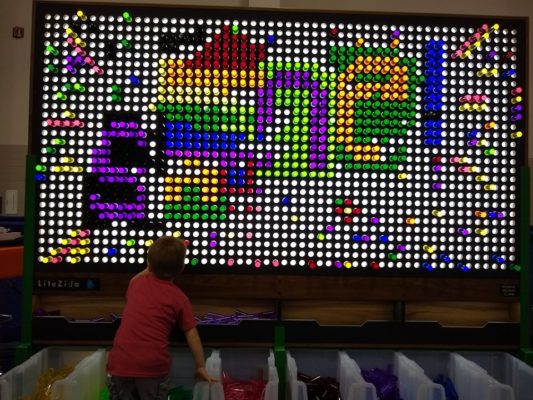 I should probably write a separate column focusing on this issue alone.  I opposed the resolution, as I like being in a diverse denomination and don’t expect everyone to believe as I do.  And I especially don’t like establishing a theological litmus test around who is welcome and who is not.  The queer community was itself sharply divided over this resolution, though the Open and Affirming Coalition opposed it.

After much emotional debate, the resolution was tabled and referred to the Board of Directors.

For me the main takeaway of General Synod 2019 is that we are still figuring out how to be church in our time.  In 2021 synod will be in Kansas City, so I encourage many of you to consider attending some of it as a visitor.  Only at synod do you get to experience the full breadth and diversity of who we are in the United Church of Christ.